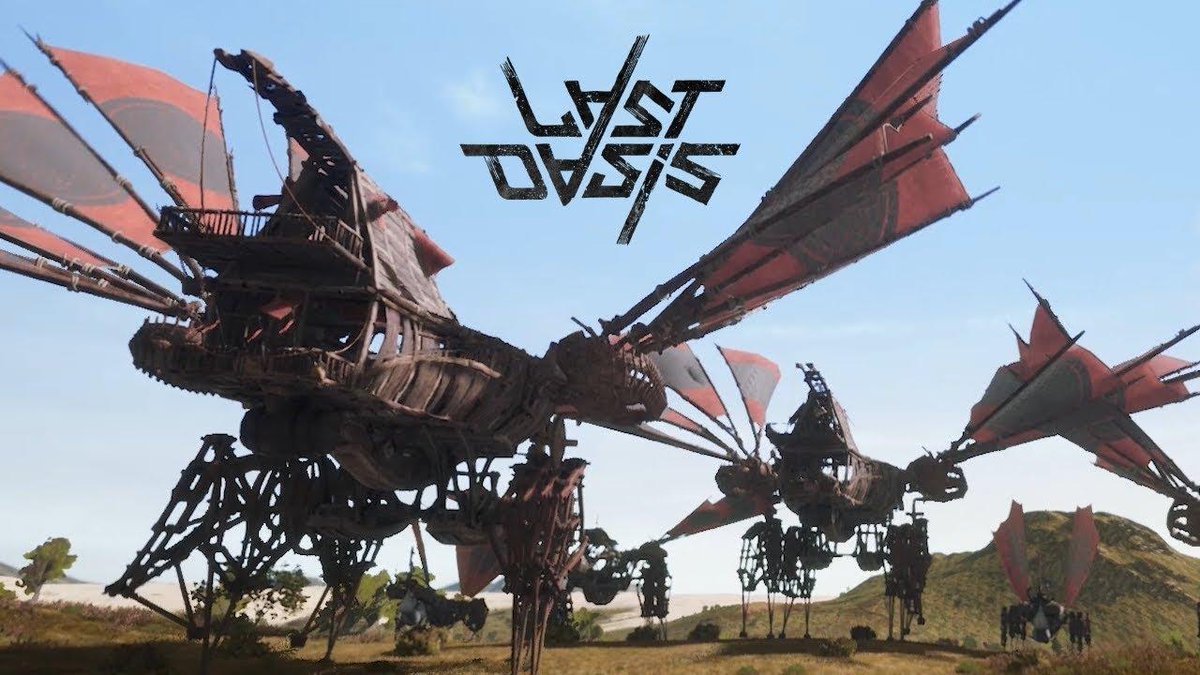 Well, I finally got to get around to trying Last Oasis today with Delrick. We pretty much agree on our first impressions of the game, and we can honestly say for an "Early Access Alpha", we can say our overall impressions is good. There are still some room for improvements, but, as it stands now, it was actually really enjoyable to play. We put in 4 hours into the game at this point and if you can play a game for 4 hours, and have it feel like it was only 30 - 60 min, they are doing something right.

Starting out, you are running around with nothing but some pants, and you must gather things at first. There are a nice set of instructions that you must complete to learn the game. It seems like careful thought went into trying to teach players how to play the game. I know other games have that in there, but more of the time, it's not that thorough. Playing this game for me, definitely brought me back to the good old H1Z1 days. The walkers are nice and I did enjoy that. Overall. I can say from my experience, that if you enjoyed Ark, H1Z1, and other games like those, then you will probably like this game. Both Delrick and I do recommend getting this game if you like those types of games. I did have my doubts at first. When I started up the game, the first 10 min or so, I was doubting the game, but the more I played it, the more and more I started liking it.

Downfall to this game is that it is only PVP, and not PvE, but, for $13.00 USD per month, you can rent a private 10 slot servers. I think it goes up to 100 slots total. Right now, there is only 1 company allowed to host the servers, but others will come later. Another downfall that we see is there is not much in the line of enemy AI, so PvE at this time would not be great until they get more AI in. Well, if you do decide to join in on the game, I do recommend buying this game and getting in contact with Delrick or my self, and we will get you in the server that we are in, and we can help you out.

One major thing is, there are some settings in the game that you are going to want to change, just because if you don't, the visual can be a bit distorting. I had some screen tearing. But both Del and I were running good FPS and really didn't experience any real major issues, but we did have some small issues, but being a "Pre-Alpha", they did a damn good job.