A new lunar year, the year of the Tiger, will begin on Tuesday and we are celebrating the occasion with a small gift. May you be brave as a tiger and equally ferocious on the battlefield! 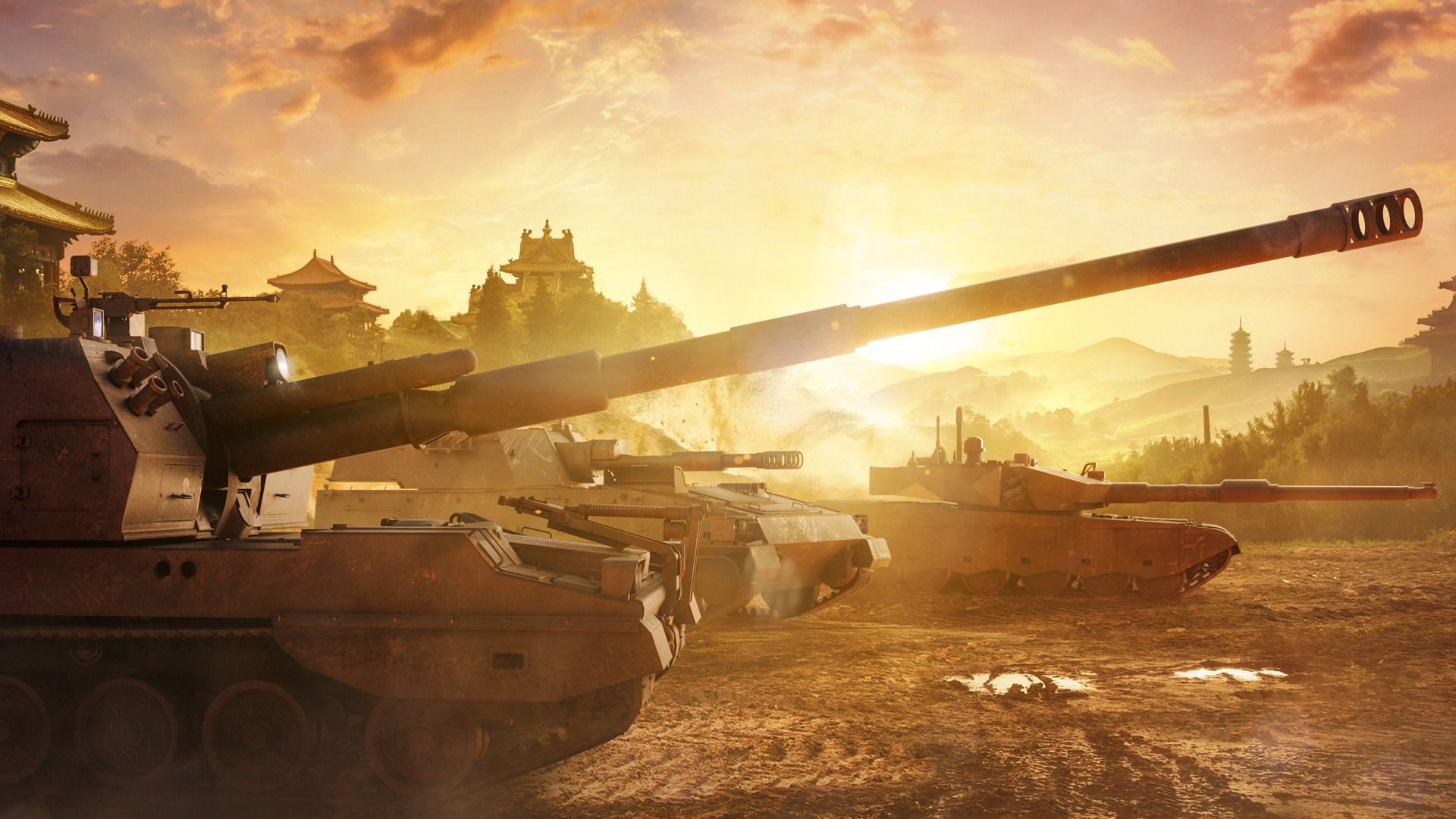 Starting today, you can pick up a special Tiger-themed gift on the MY.GAMES Market in the Chest section. This gift contains:
The gift will be available until February 3, 2022.

We hope that you will enjoy it and will see you on the battlefield!


The General Dynamics Light Tank prototype is one of the contenders in the U.S. Mobile Protected Firepower program to replace the Stryker platform in the fire support role for the U.S. Airborne forces. It is one of very few modern Light Tanks in existence. You can read more about it in our dedicated article. 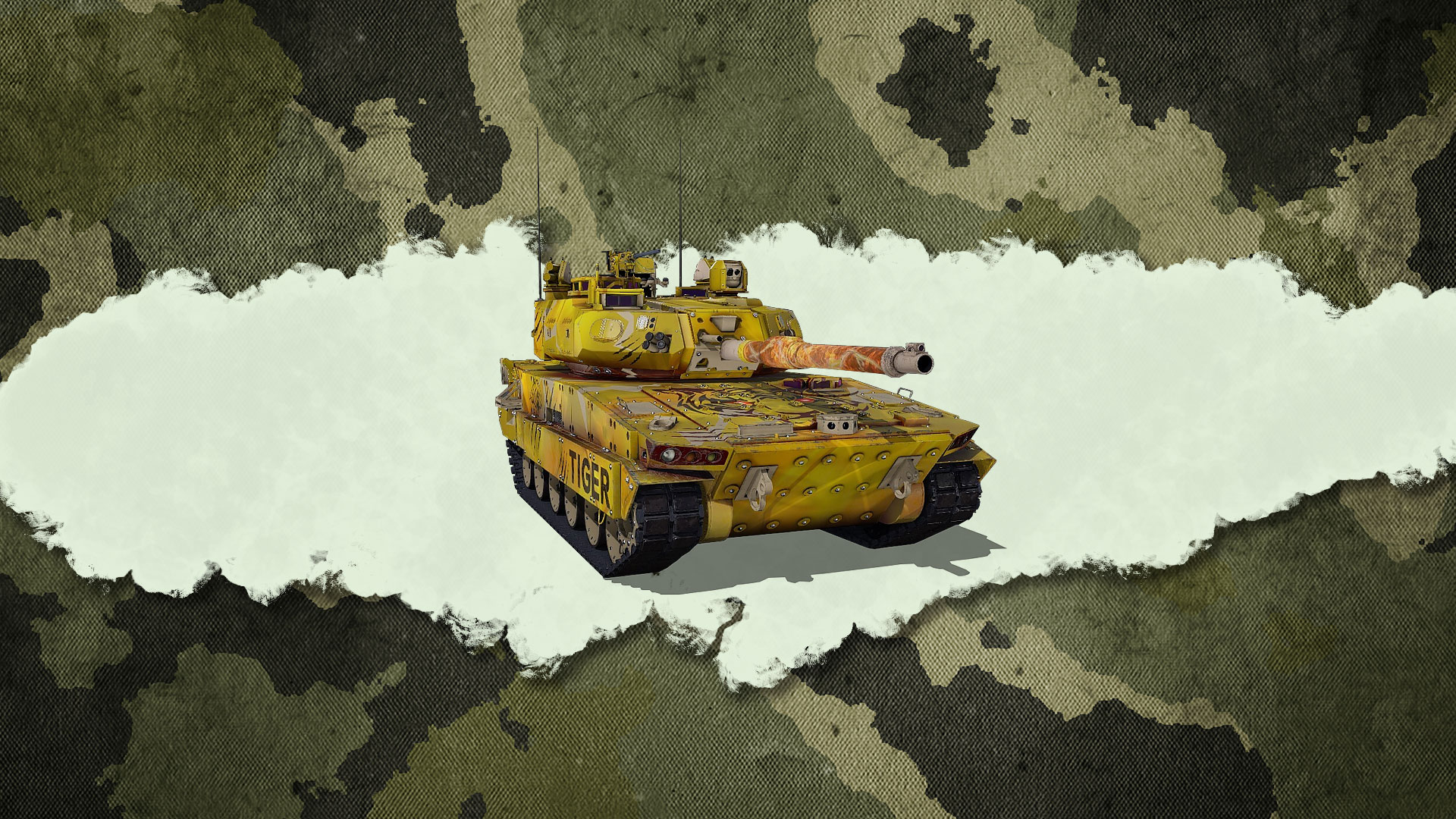 In Armored Warfare, the MPF is a Tier 10 Premium Light Tank. Within its class, it’s one of the heaviest and the best protected specimen with its hull protected by NERA armor capable of absorbing damage in the initial stages of battle. With its powerful 120mm gun and decent mobility, it is a decent front-line fighter, holding its own even in the thickest of fighting.

The MPF Tier 10 Premium LT is available in our Web Shop via Loot Crates. Collect 100 blueprint pieces from these crates to obtain the vehicle.

Additionally, we are separately offering the Tiger skin for this vehicle in a bundle, which includes:
Time to awake the Tiger in you!


The Type 99A2-140 is an experimental version of the most advanced Chinese Main Battle Tank in existence – the Type 99A. Unlike its production counterpart, however, it is not armed with a 125mm smoothbore, but massive 140mm smoothbore cannon. This is a theoretical upgrade to the vehicle – while the People’s Republic of China was considering upgrading the firepower of its Main Battle Tanks to face latest western and Russian MBT models, a 140mm gun was never installed on this chassis and was only mentioned in passing by certain Chinese sources. Now, however, your enemies will have the opportunity to experience what such a vehicle with you in command would be like to face in battle! 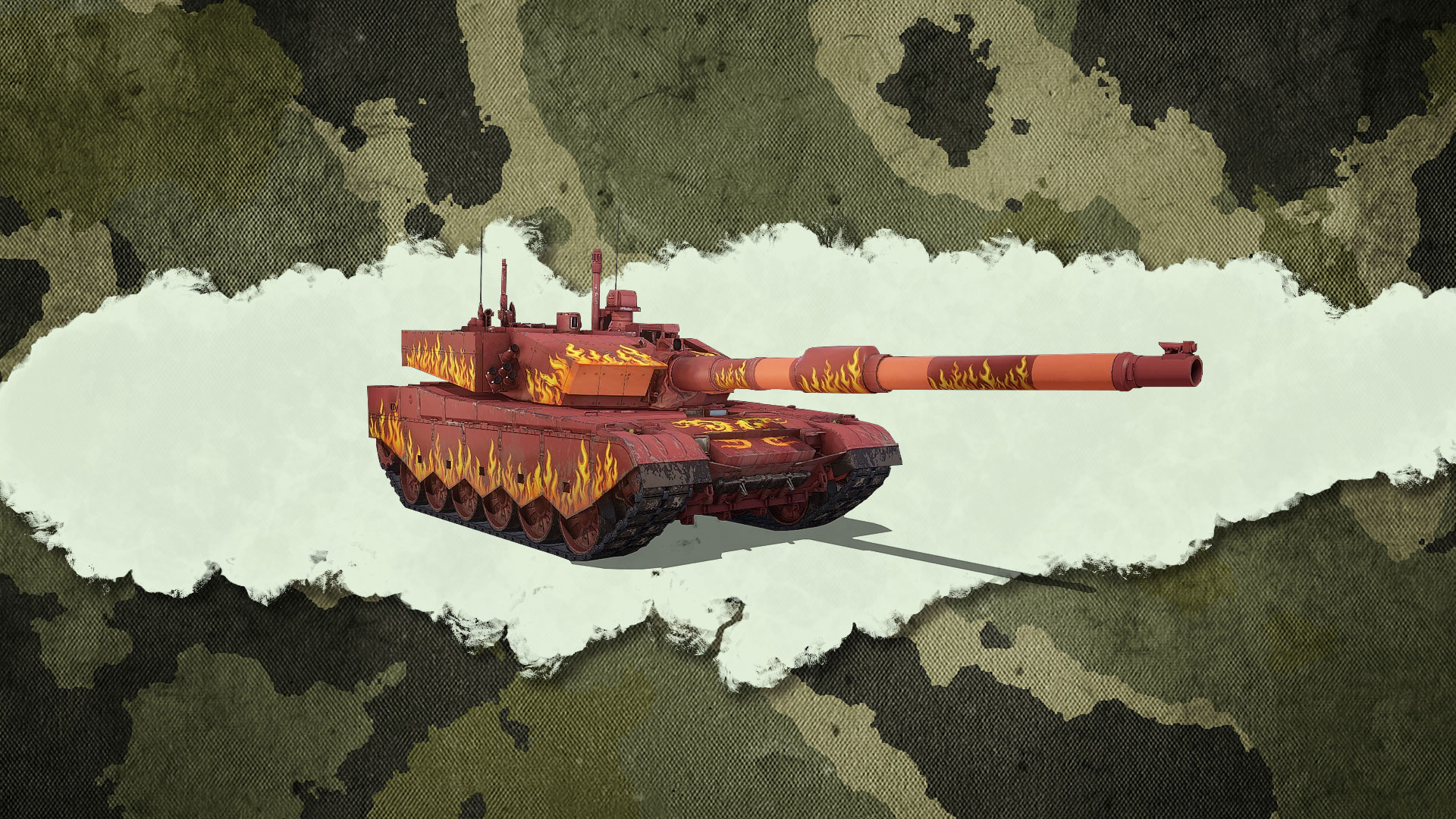 In Armored Warfare, the Type 99A2-140 is a rather unique Tier 10 Premium Main Battle Tank. It is essentially a version of the progression Type 99A2 Tier 10 MBT with one difference – the 140mm gun, trading its rate of fire for penetration and single shell damage. It is very fast and mobile (with its maximum speed being well over 90 km/h), protected by ERA and APS both and capable of using an acceleration-boosting active ability that pushes its engine far beyond the limits of common Main Battle Tanks. If used right, the vehicle is extremely deadly and one of the best Tier 10 MBTs on the battlefields of Armored Warfare.

The Type 99A2-140 MBT is available in our Web Shop via Loot Crates. Collect 100 blueprint pieces from these crates to obtain the vehicle.

Additionally, we are separately offering the Firedrake skin for this vehicle in a bundle, which includes:


The Black Lantern skin is inspired by the Chinese Romance of the Three Kingdoms epic and, more specifically, the Five Tiger Generals expression, thus tying in to the Year of the Tiger and Lantern Festival celebrations. Its combination of black and red will leave both your enemies and allies in awe. 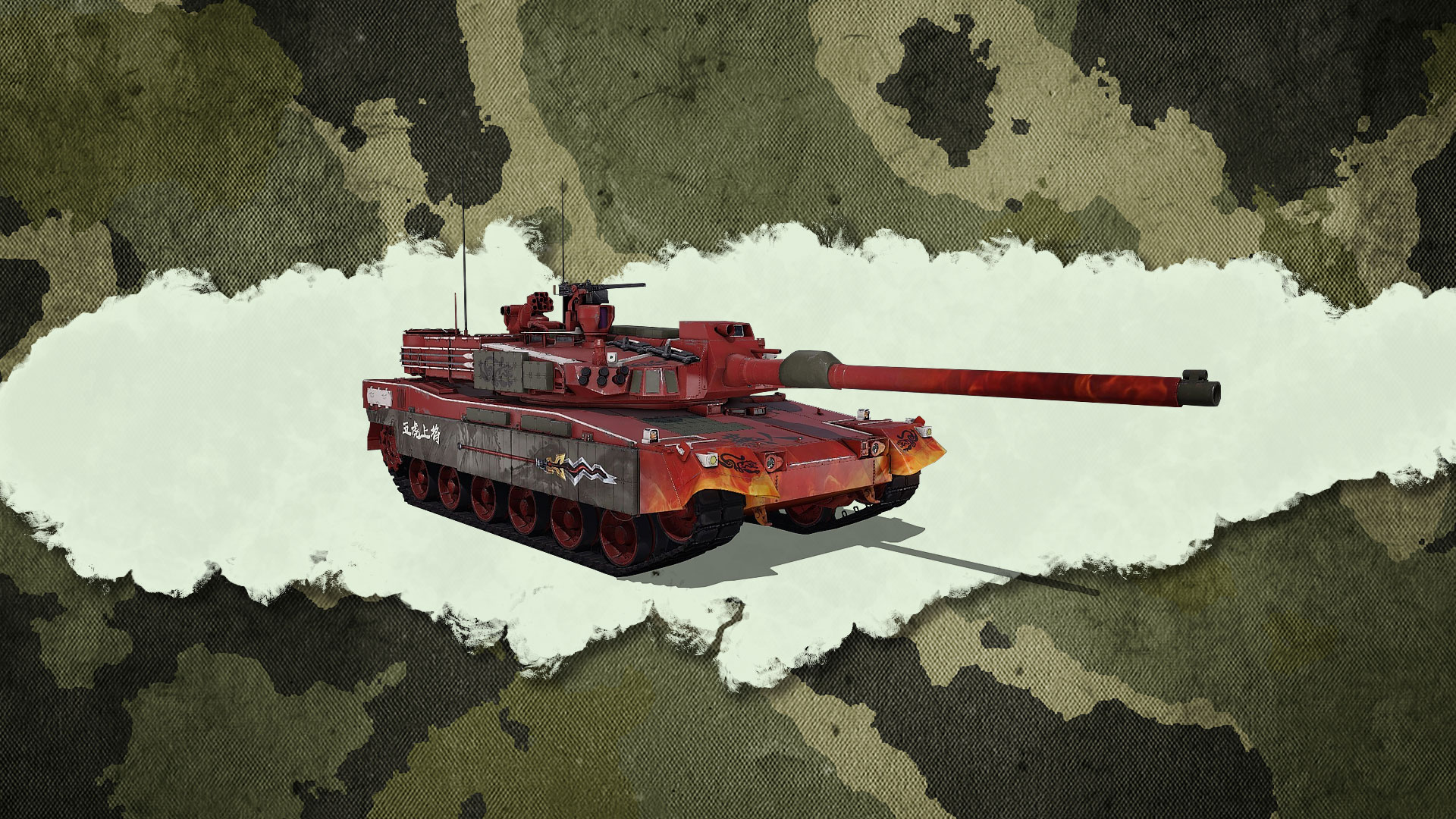 This skin is available in a bundle along with the following items:
Please note that the bundle includes the skin but not the K2 Black Panther MBT itself. This tank needs to be obtained via progression directly in the game.


Protect your K21 XC-8 Tier 10 Light Tank against the void with this epic brand-new skin featuring black and grey livery. But beware, for no amount of seals can guarantee you victory. That responsibility falls to you alone. 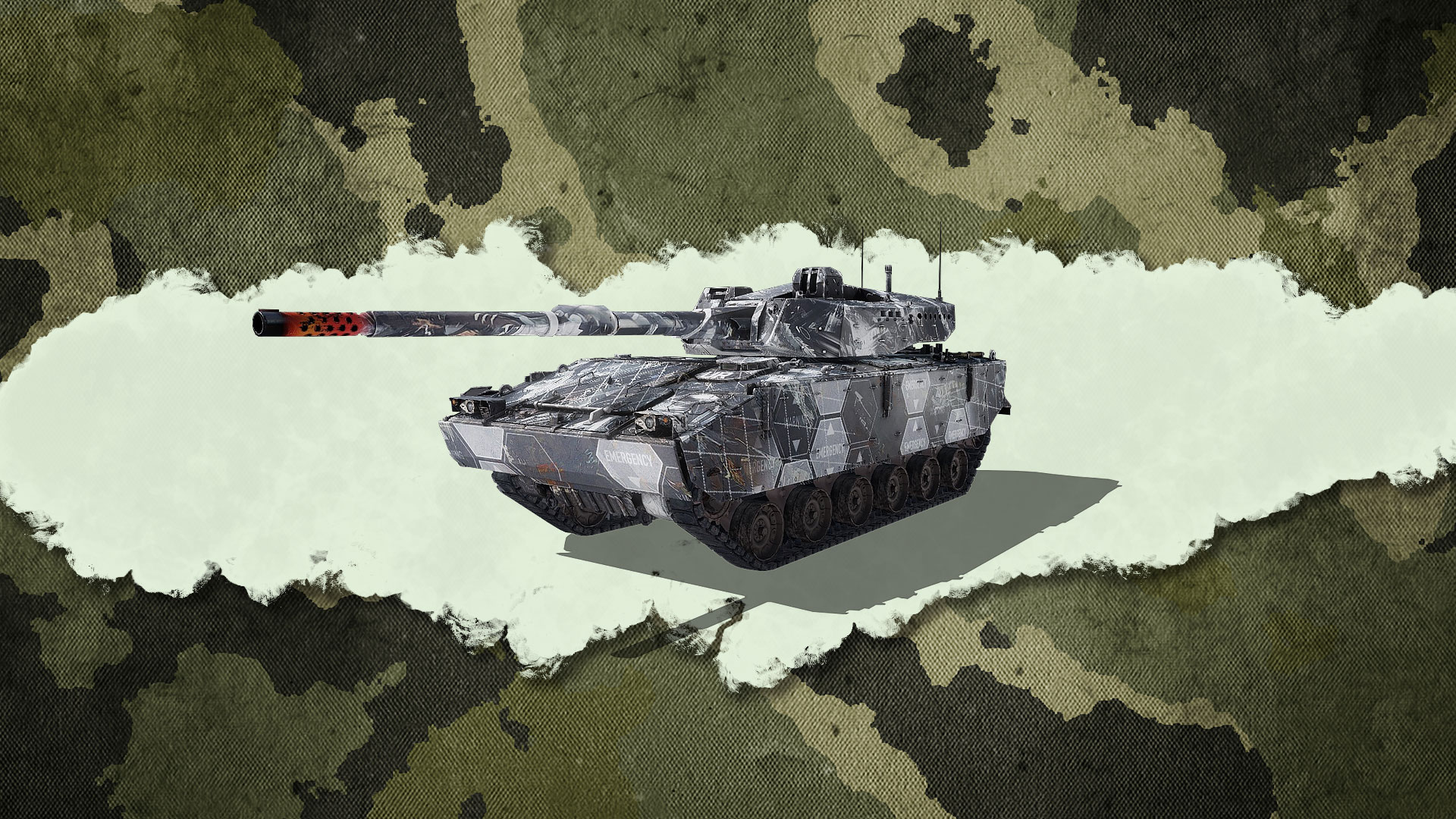 This skin is available in a bundle along with the following items:
Please note that the bundle includes the skin but not the K21 XC-8 LT itself. This tank needs to be obtained via progression directly in the game. Please also note that this skin currently has an incorrect name in the game.


This older skin will cover your Type 99A2 progression MBT with Ox imagery as the year 2021 was the year of the Ox. It’s rarely available on the market and now’s your chance to get your hands on it (and with a major discount no less)! 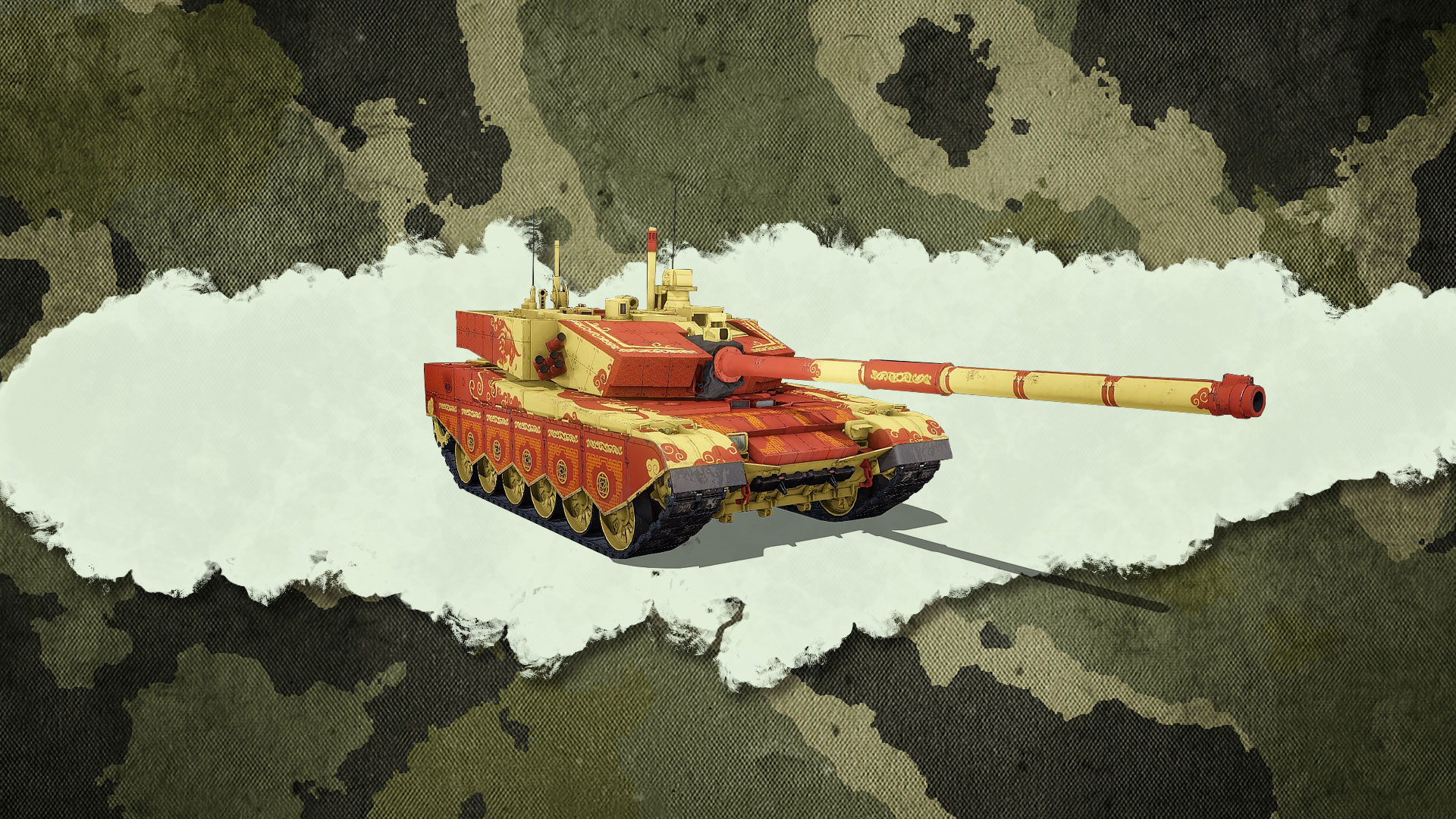 This skin is available in a bundle along with the following items:
Please note that the bundle includes the skin but not the Type 99A2 itself. This tank needs to be obtained via progression directly in the game. Furthermore, if you have this skin already, you will not receive any compensation.


This is another older, rare skin that will cover your AFT-10 Premium TD with Pig imagery as the year 2019 was the year of the Pig. It’s rarely available on the market and now’s your chance to get your hands on it (and with a major discount). 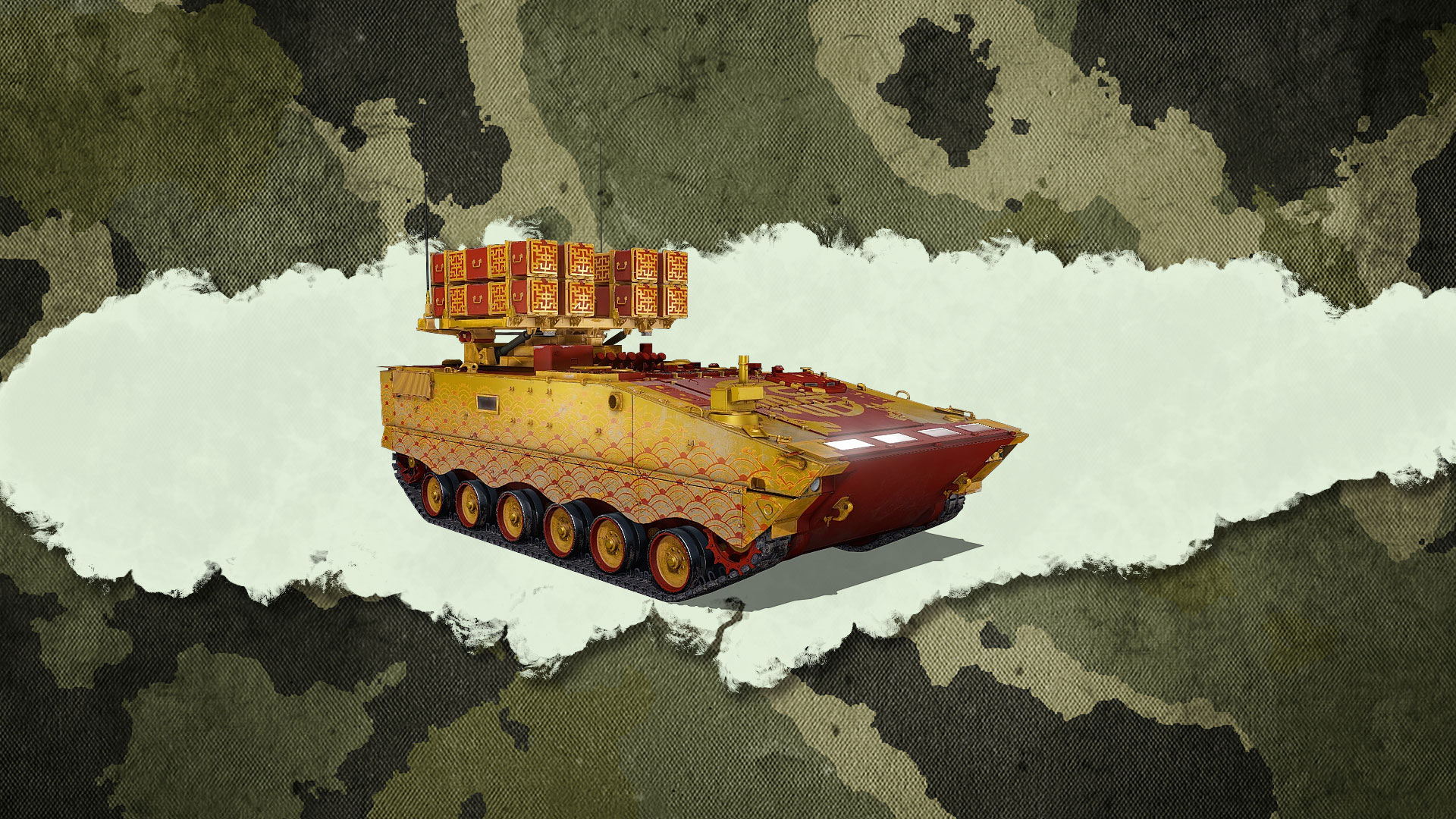 This skin is available in a bundle along with the following items:
Please note that the bundle includes the skin but not the AFT-10 itself. This Tank Destroyer needs to be obtained separately, presumably from Loot Crates. As such, this bundle is only valuable to players who already have this vehicle.


The VT-5 Dragon is a special version of the VT-5 with a beautiful red and gold paint scheme. The vehicle itself is a modern Chinese Light Tank that was developed specifically with export in mind. There are many reasons why a country without its own tank development should opt to purchase a Light Tank instead of a full-scale Main Battle Tank. It’s equally as fast if not faster with equal firepower but, what is most important, it is affordable. The VT-5 excels in all these categories. While its armor cannot match that of an MBT, it can protect its crew against most infantry threats thanks to its ERA and cage armor sets. It also has a powerful 105mm gun capable of firing guided missiles, it is packed with advanced electronics and is supremely agile thanks to its 1000hp diesel engine. Simply put, wraps cutting edge technologies up into an affordable bundle. You can learn more about it in a dedicated article. 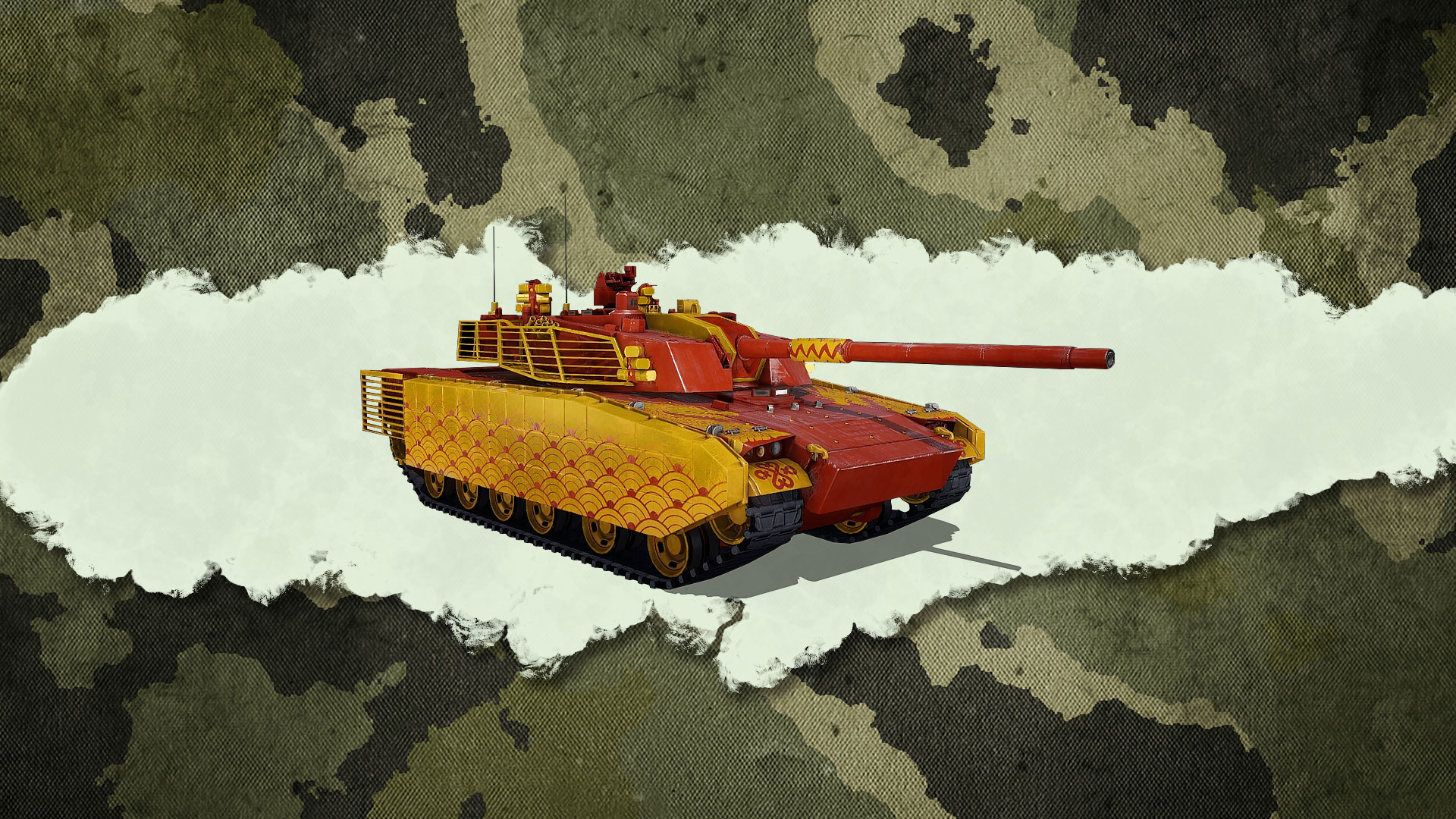 In Armored Warfare, the VT-5 is a very powerful Tier 9 Premium Light Tank. Fast and agile, it features solid levels of protection (the configuration in the game is the one featuring the ERA kit as well as the turret cage armor) and a good rate of fire. Additionally, its gun is capable of firing guided missiles. It’s an ideal machine for players who value speed and agility, as it offers plenty of both. The VT-5 is capable of dancing around its opponents on the battlefield, outperforming even some AFVs in mobility.


The Type 96B MBT, as its name suggests, is an evolution of the Type 96A, featuring such elements as an upgraded fire control system and a much more powerful engine, resulting in considerably better mobility and speed. Unlike the Type 96A, however, the Type 96B is a prototype, designed for the Chinese military team to use during the annual Tank Biathlon event in Russia. In 2017, the Chinese team won the second place, being defeated only by Russia. You can learn more about its history in our dedicated article! 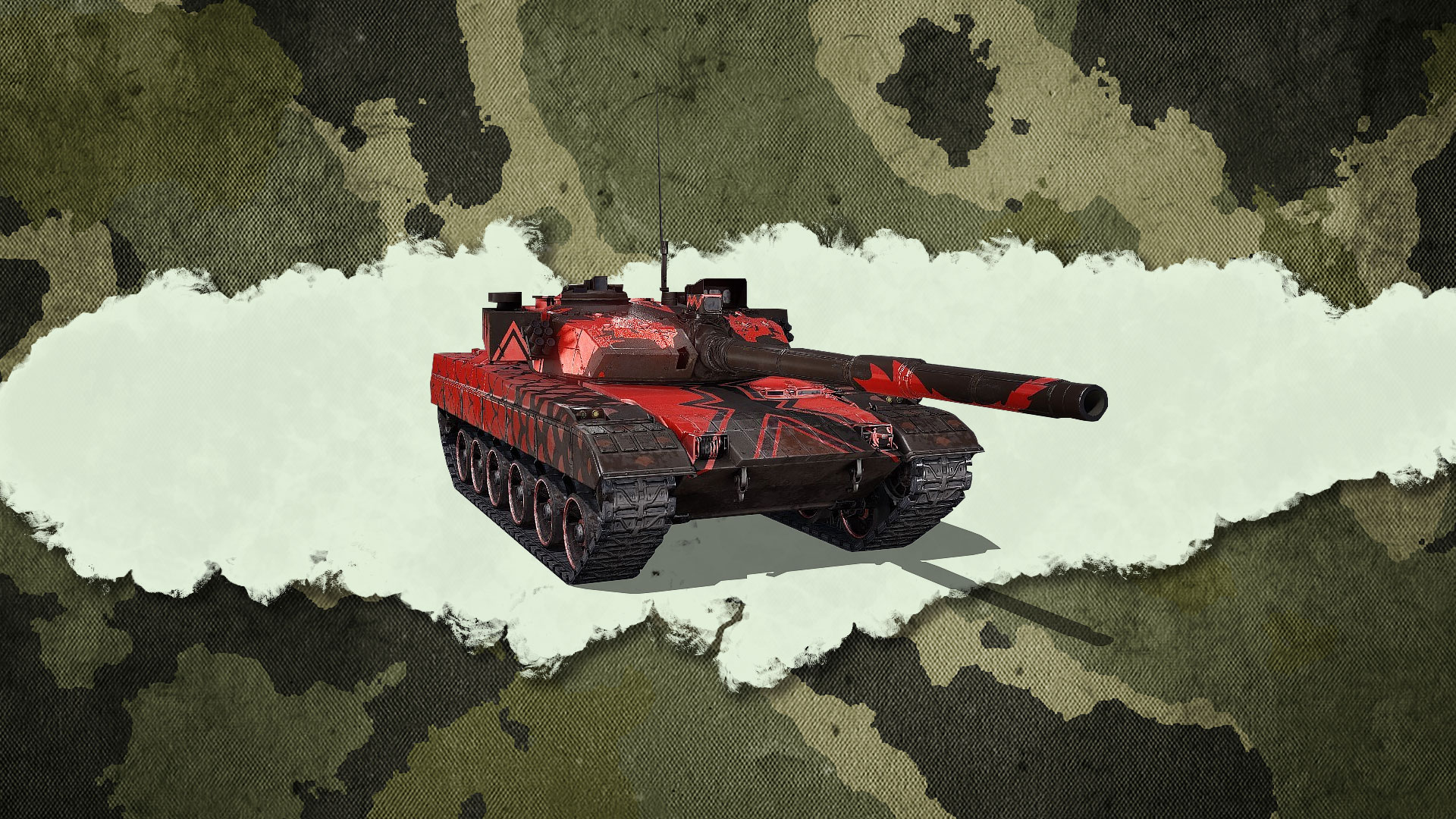 In Armored Warfare, the Type 96B is a Tier 8 Premium Main Battle Tank. Gameplay-wise, it’s very agile and fast for its class and uses advanced ammunition, making it highly suitable for players who prefer mobility over armor protection, even though it can take a lot of punishment as well.


The Object 187 was a Soviet era program, developed to improve upon the excellent but ageing T-72 Main Battle Tank. Several prototypes were built, featuring a number of advanced elements compared to the older Soviet tanks, such as the new long 125mm smoothbore gun with a typical muzzle brake. The result was an excellent MBT that was, however, never mass-produced due to the 1990s Russian military budget cuts – the Russian army chose a less advanced but cheaper T-90 instead. You can learn more about it in our dedicated article. 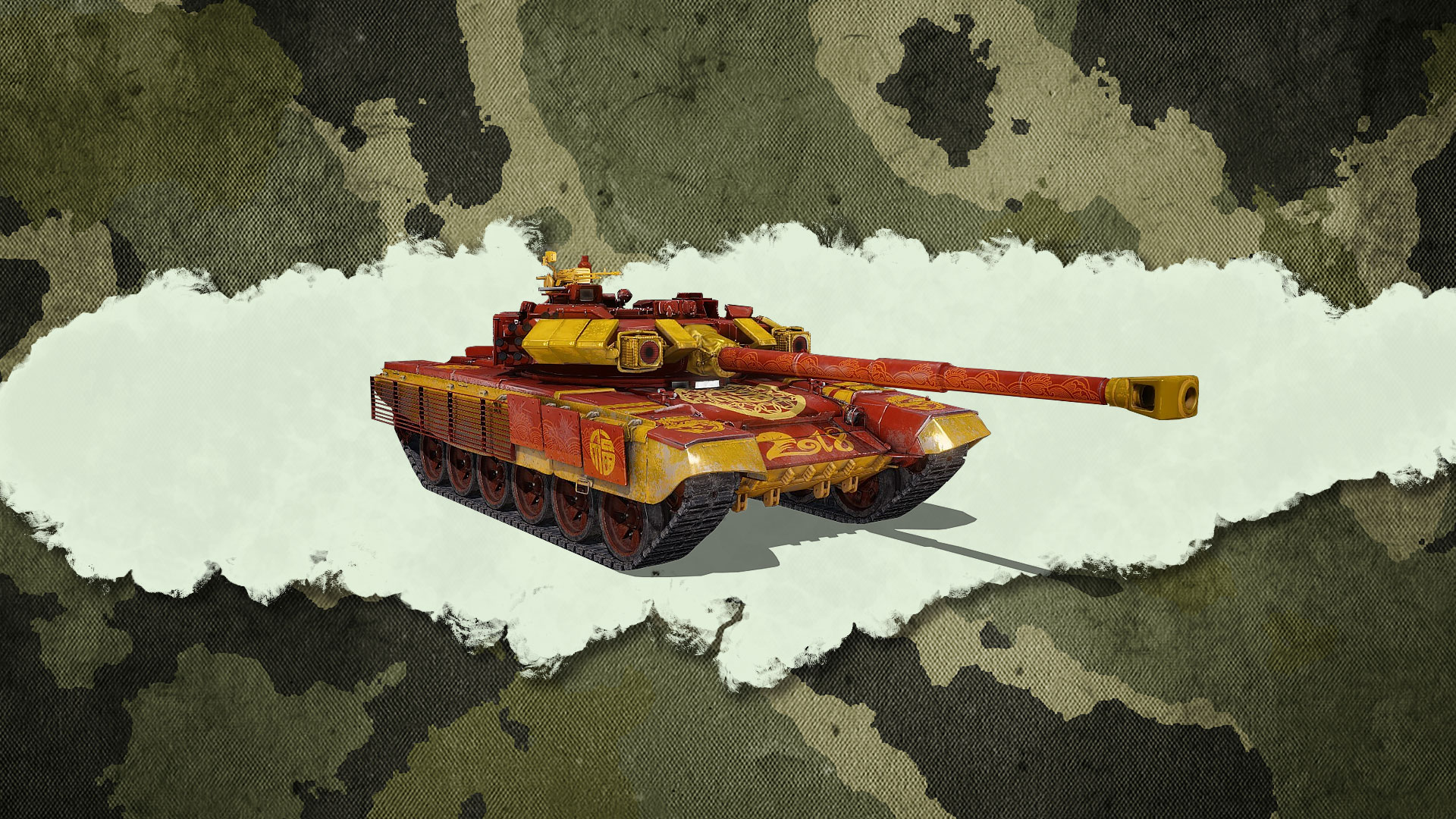 In Armored Warfare, the Object 187 is a typical Russian style Main Battle Tank – it’s suitable for an aggressive play style and is a good choice for the players who prefer to take on their opponents at close ranges.

Wars of the Past Loot Crate 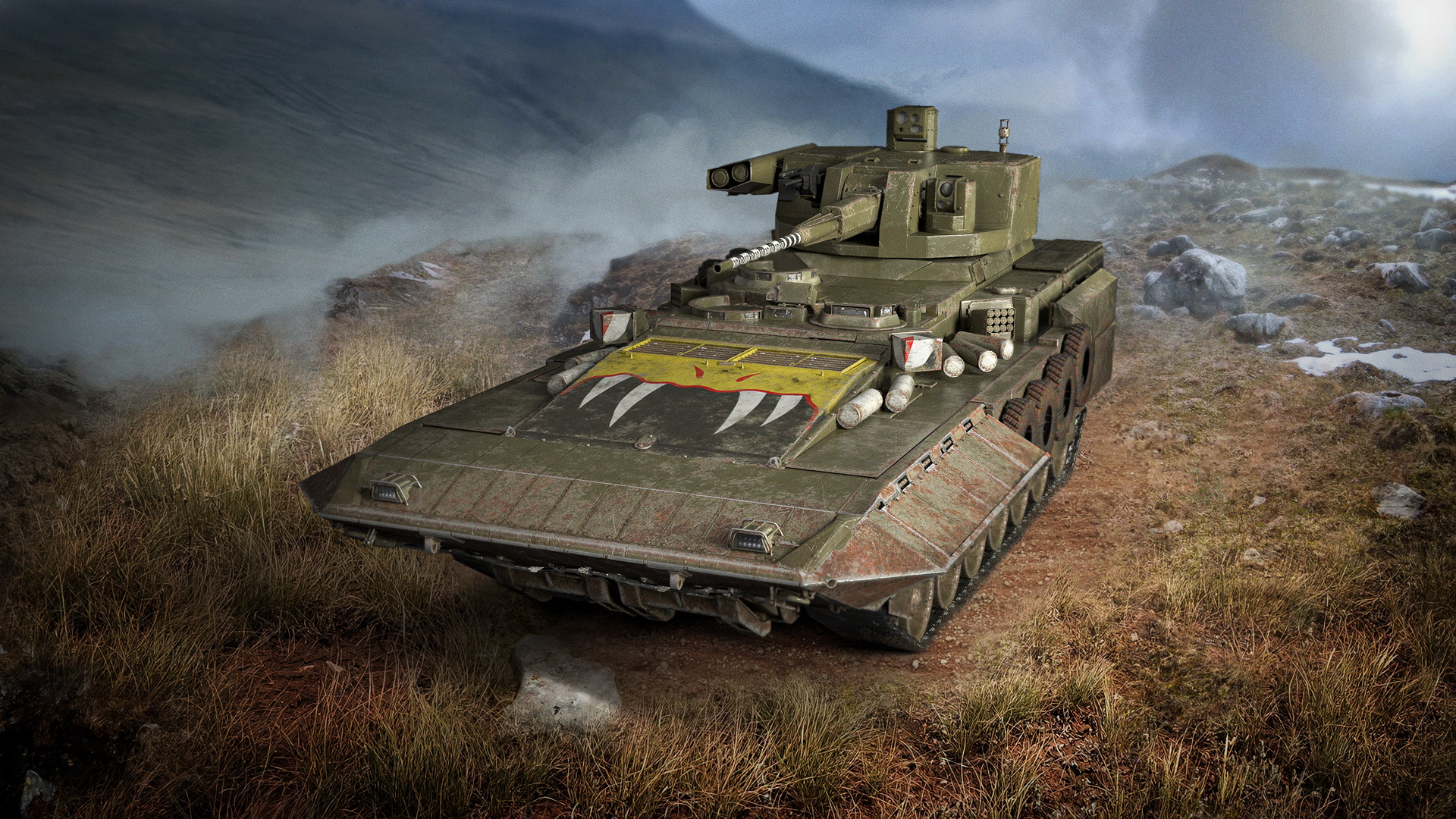 Please note that you have to obtain the access to a Battle Path to use both items.

Also please note that you may not purchase more than 30 loot crates of one type per day.

We hope that you will enjoy the offer and, as always:

See you on the battlefield! 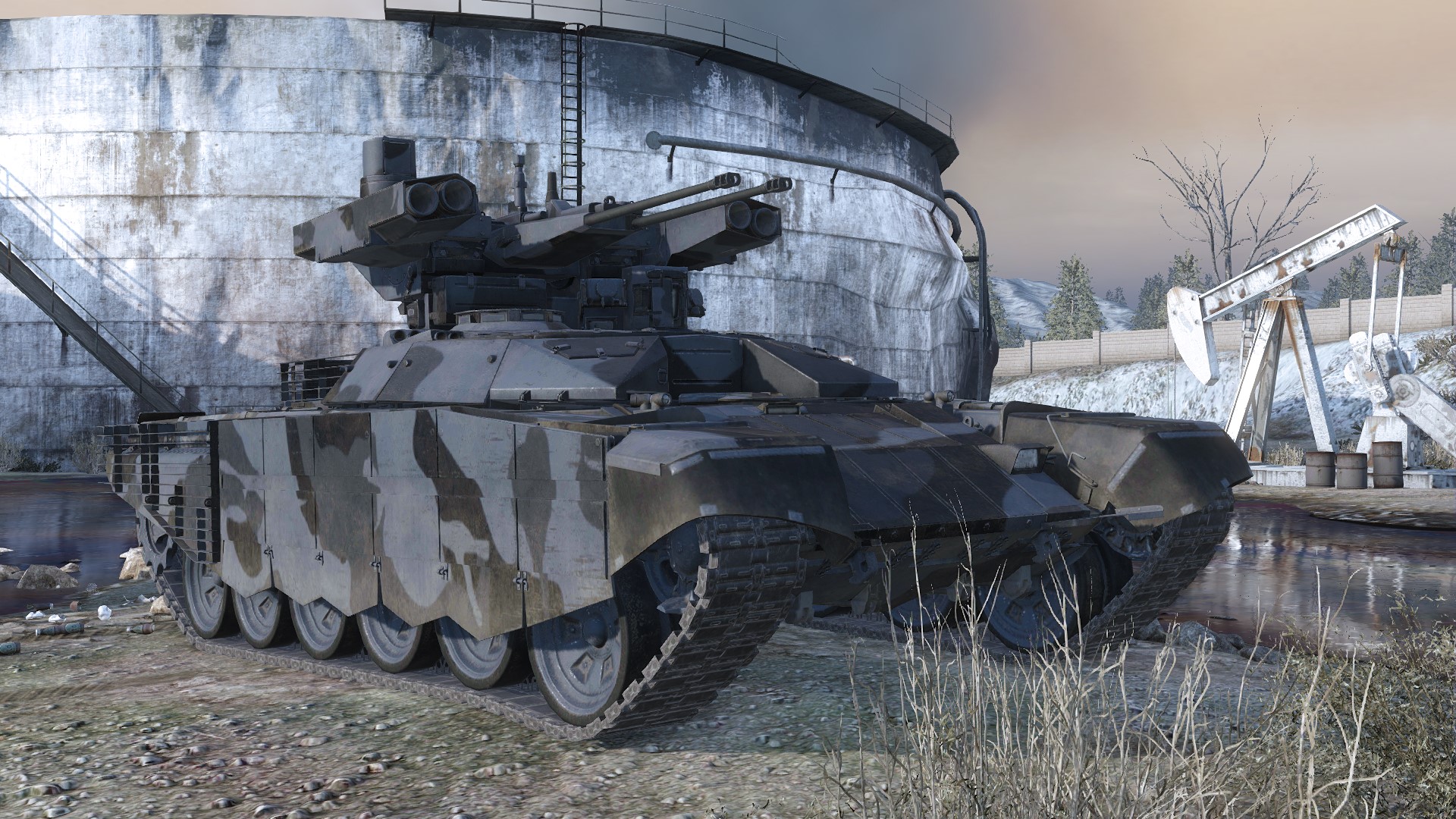 Please note that the maintenance can be extended beyond the abovementioned timeframe. We apologize for the inconvenience.

We’d like to invite you to another round of the Bounty Hunt event, in which you will have the opportunity to hunt down some Armored Warfare members of staff or VIPs and destroy them in battle for amazing prizes! This time, we’ll be focusing on some Battle Path content and prizes. 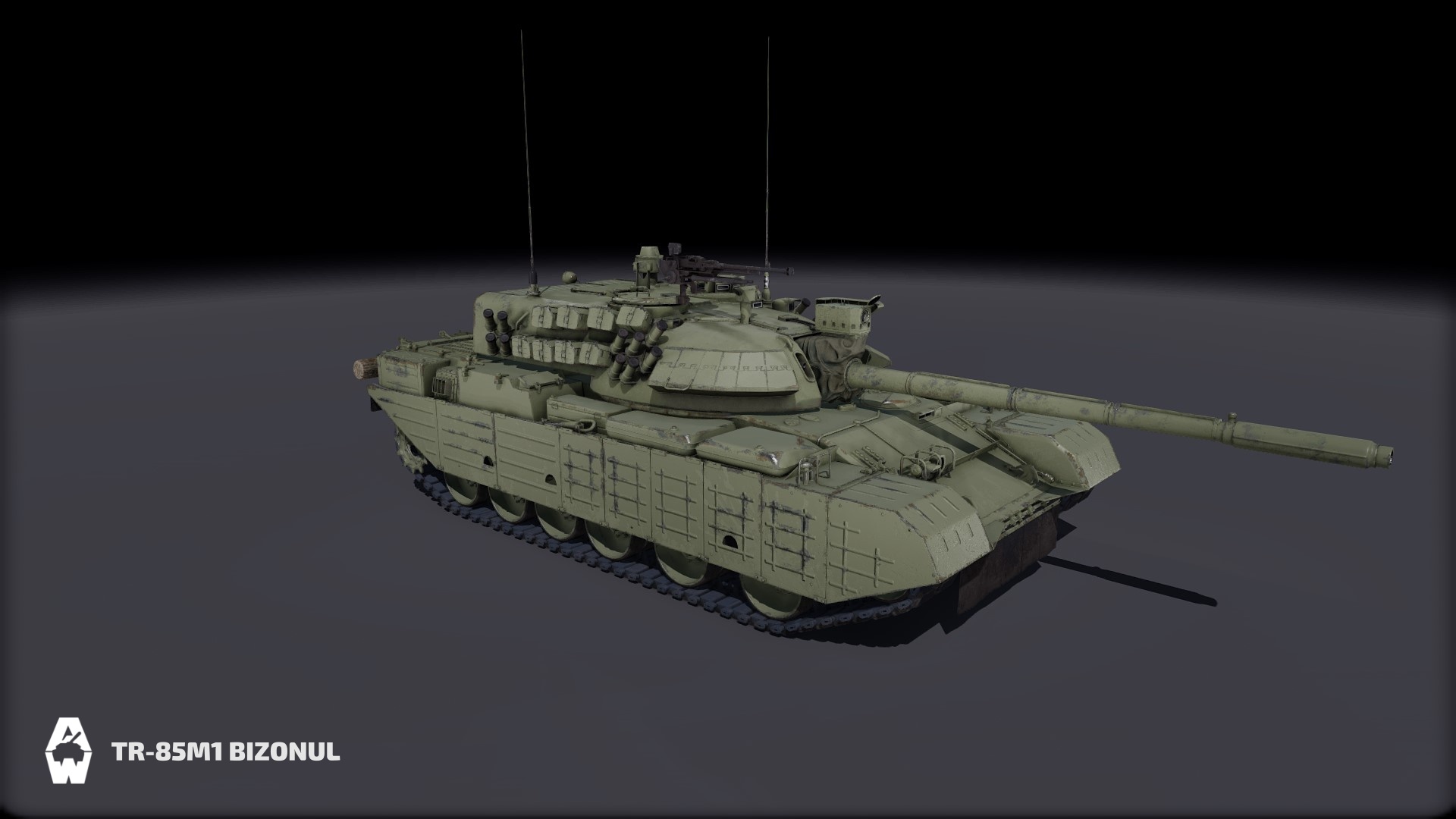 We, the staff-members and moderators, will be joining the battles in our TR-85M1 Battle Path reward vehicles and if you manage to destroy one of us, you will be awarded with 2.500 Battle Coins.

The following staff and VIP’s will take part in the event:
They will also identify themselves at the beginning of each battle by a chat message.

The rules of the contest are very simple:
We look forward to seeing you on the battlefield!

Why shoot your enemies when ramming them is more fun? Welcome to the Destruction Derby player-driven event organized by DCOT! Dust off your trusted four-wheeled steed and show your enemies what you’re made of! 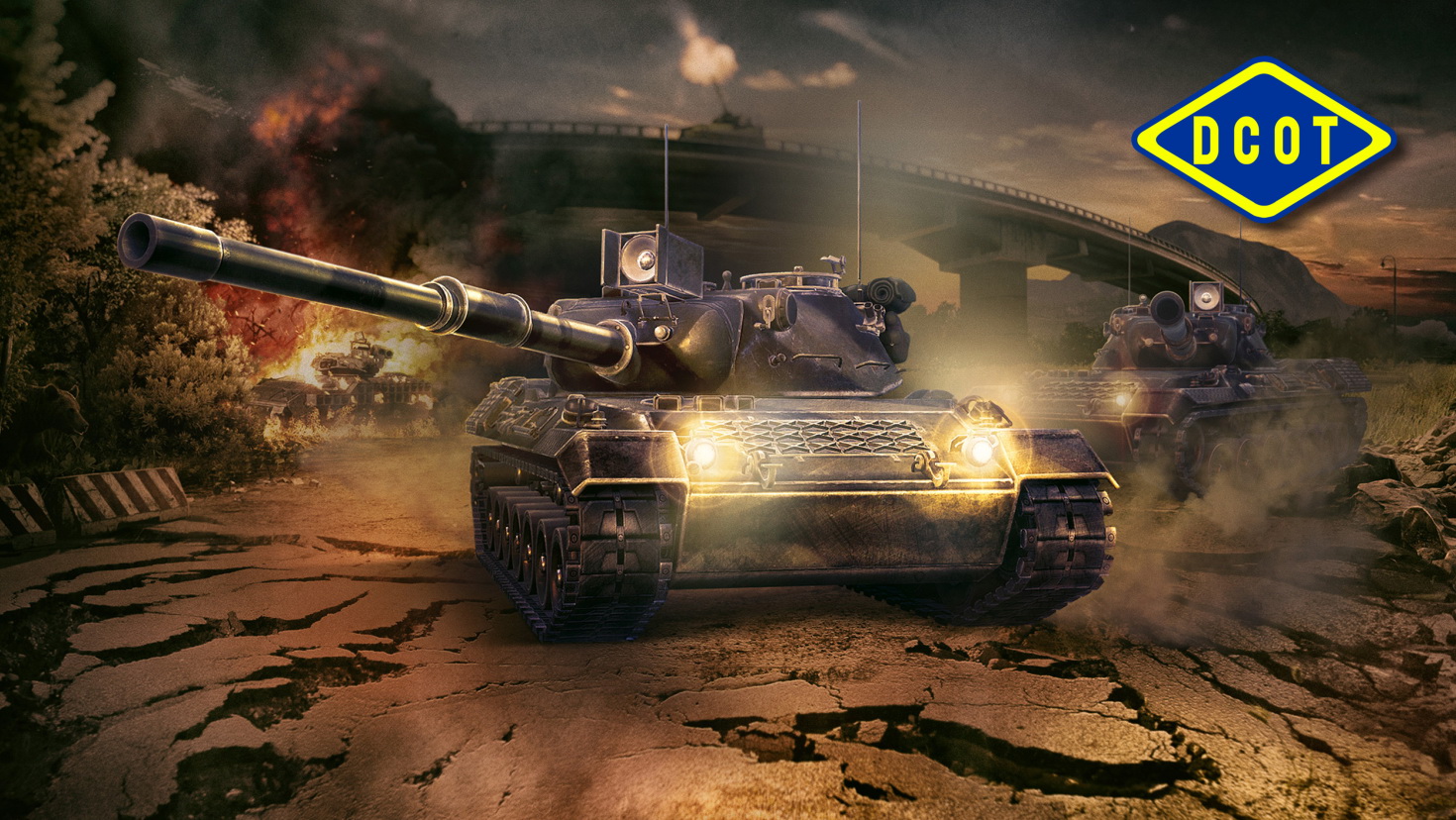 Where does the event take place?


There's no registration this time. Simply show up at the appointed time in the DCOT TeamSpeak channel (dcot.online:9987)


The best five players will obtain the following prizes:


The host of this Event is the DCOT (Deutsche Community Organisations-Team). You can find the list of rules following this link.
We'll see you on the battlefield!

As you probably see by the title, after 18+ years, we are closing down our site for good. Unfortunately, due to tough times with the economy, and the lack of enough donations to keep our community afloat, I

Have a Safe & Happy Holiday Season.

’Tis the season for scammers to come out of the wood works and take you for all you got. We here at HSX & Evo Xtreme, hope all of you have a safe and happy holidays. But we also like to warn you that there

We have caught 12 shameful hackers.
NukeSentinel(tm)