It is official, After 10 years of nothing from the developers of this game, this is the new content Left 4 Dead 2 will be receiving - but this is still not all!
There will also be 30 new achievements, 2 brand-new mutations and a plethora of bug and exploit fixes as well!

This update is a collaborative effort of 30+ community members working together with Valve over the course of 11 months to create new content for this beloved game, which will be available to all PC players as free DLC. So dust off your copy of L4D2, and get ready for some ZOMBIE killing...

Take a Stand in This Massive Community-Made Update
Years in the making, The Last Stand is a massive Left 4 Dead 2 update created entirely by the L4D community. Find your friends, dust off your guns, and face the zombie horde one last time in over twenty new Survival Arenas, four Scavenge Arenas and a Campaign based on The Lighthouse Survival map.
New achievements, melee weapons, animations, dialog, competitive balance adjustments and other surprises await anyone brave enough to take a stand.

DEATH IS NO LONGER THE ONLY OPTION
The Last Stand Expanded Campaign
The Last Stand is a brand new campaign based on the original Survival map—it’s no longer impossible to escape. But it won’t be easy. Originally a no-win death trap, the lighthouse now offers a path to salvation. Unfortunately, it’s directly through hordes of bloodthirsty infected.

Try to Survive
26 New Survival Maps
How long can you withstand the onslaught of the undead in 26 all-new environments?


Fuel Crisis
Get Gassed in Four New Scavenge Arenas
When a generator is your lifeline, the gas prices can truly skyrocket. Outlast your opponents by scavenging for fuel, or be overwhelmed by the horde. 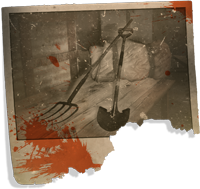 A Pitched Battle
Plus a Shoveled Battle
Introducing the shovel and pitchfork—these centuries-old farming technologies make their proud debut on the zombie killing fields as all-new melee weapons.

But it Doesn't Stop There…
We Told You This Update is Massive!
New Animations
Official implementation of Counter-Strike: Source weapons in all servers
Formerly unused dialogue now restored in game
PVP enhancements and fixes
Versus Survival added to the Main Menu
L4D1 Common Infected models with gore
New Mutations: Rocketdude and Tank Run
UI Improvements
A TON of bug and exploit fixes

To celebrate the release of The Last Stand, Left 4 Dead 2 is available to play for free this entire weekend, and is on sale for 80% off!
Lonestar
#7149

Used to love playing this