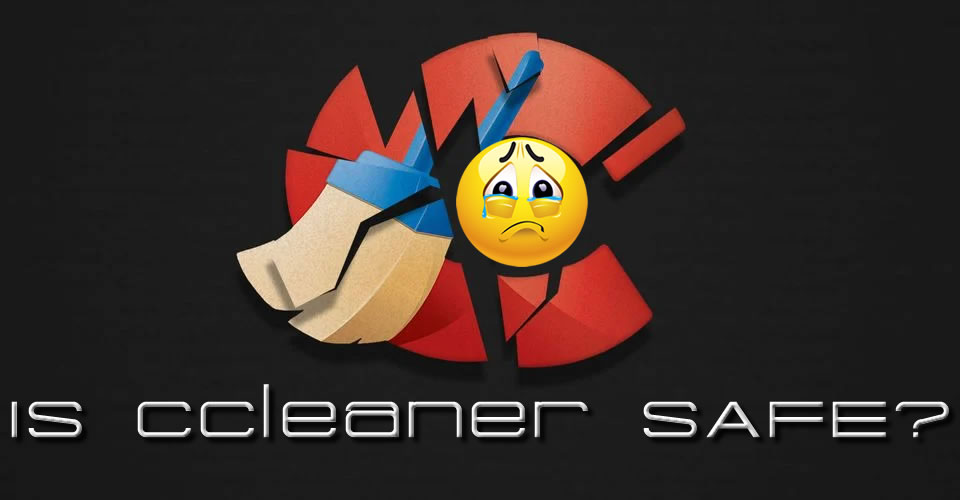 I don't know how this got past me for so long, but I only have learned of it about 2 months ago. But "Is CCleaner still safe" has been a question being asked a lot over the past couple of years. At one time, CCleaner was great, did a good job and was easy to use, but something had changed, and we will get into that in a bit. Overall, what my research has turned up has gotten me to stop promoting the software, and now recommends people to uninstall it now.

Lets first talk a little about Avast, before we get into CCleaner. We all should know now that data collection is a given on the web and there is a level of trust that is given for those websites, software, ect..., to give a level of knowledge so you know and can opt out if you like. Well Avast is a Free Anti Virus software that is pretty well known. Earlier this year, they were exposed for tracking users clicks and movements across the web, collecting data on things like Google searches and visits to LinkedIn pages, YouTube videos, and pornography websites. With that data they were collecting, they say they "De-identified" the users, then has been sharing personal info collected from their devices with a subsidiary that sells trend analytics to Google, Home Depot, Microsoft, and Pepsi, without any way to opt out.

This had put may people a little bit uneasy. Because of the backlash from their users, they have taken steps to allow you to disable the telemetry.

Would I suggest people not to use Avast, not quite yet. What I can see, they are still good especially being free, and having the ability to now control what they gather is a plus.
Windows does the same thing, - Read about it here:

Now you know what we are dealing with here, lets get back to the question, is CCleaner safe.
Before I would have said yes, however, now the reply is not so sure. Several major issues showed up since CCleaner has been hacked at the end of 2017. The hack put 2.27 million PC users at the risk of being infected by malware. After that, the question “is CCleaner safe 2018” is frequently asked by Windows users. The most curious thing is that this happened after Avast acquired the application developer company in July of 2017.

Fortunately, this issue was solved when it was found and updated automatically. Is CCleaner safe now? Probably not. There are other issues that also put PC users at risk.

Overall, the trust of CCleaner has gone down and it seems most tech sites have been suggesting uninstalling it and using something else.
That's where my Utility script does come in. It uses no outside software to do what those apps do, everything it does is using the tools that Windows already comes installed with.

So, Overall. Now you know why many are saying not to use CCleaner, and if you have it now, uninstall it. It's also why you won't be seeing me recommending it anymore.